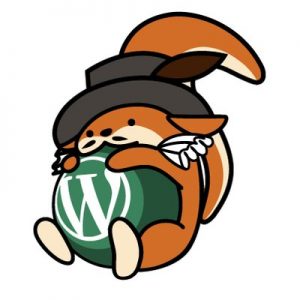 This first session was all about ADA ACCESSIBILITY and the Section 508 requirements for web sites. Section 508 was refreshed in Jan. of 2017, so the requirements are slightly changed.  Various tools were discussed, but in general if your company is 15+ employees or government related then your site must be ADA Compliant – https://www.richswebdesign.com/creating-ada-compliant-web-site/

Gutenberg Blocks – Many sessions were created to discuss the WordPress Gutenberg update which may occur later this year.  In general, the format for editing and the structure of WordPress sites will be based on blocks of information.  Whether it is paragraphs, columns, widgets, they will all be edited in blocks.

The NCSU IT Development team were present and gave many presentations over the weekend – Go.ncsu.edu/wcraleigh-gutenready – Gutenburg Testing tools are here – hhttps://design.oit.ncsu.edu/2018/02/02/gutenberg-testing/

WordPress Growth – As usual, the best way to attract people BACK to your site is to have great content and have it presented on a regular basis.

WordPress Security was the final section of this weekend.  It confirmed all of my existing strategies of having ‘Proactive WordPress security, Backup & Maintenance’

The client is ultimately responsibility for security of their own site, but educating your client is imperative!

Continuous monitoring of plugins for security updates is also important.

Will Snyder
20:46 14 Apr 20
Rich performed a fantastic upgrade of my law firm's website. I would highly recommend him to anyone needing a... high-quality professional website.read more

Kendra Gallman
22:04 14 Oct 19
Really happy with the design and function of my website. Thanks and do Recommend!!!

Julie Surprenant
13:28 24 Sep 19
Rich did a great job helping us refresh our out dated company website and has been great with helping us with small... updates along the way. Excellent communication and desire to help.read more

Lynn Pace
19:01 31 Jul 19
Rich redesigned our site to give a better scope of what we do and continues to update our site on a regular basis. I... would highly recommend him because of his knowledge and professional service!read more

Darlene Kaplan
23:08 15 Jun 19
Rich has been very prompt in taking care of problems on my web site created by a previous web designer. Rich’s Web... Design is a professionally run business and I could not be happier with his service. I would highly recommend Rich.read more

Trevor Brindle
14:09 04 Jun 19
I visited this site on my phone and regretted it. It was so incredibly slow. Over 20 seconds before the site was... loaded. https://www.ncchamberorchestra.org/ I used a tool in Chrome called lighthouse to audit the site, and was surprised because I've never actually seen a 0 out of 100 before on performance. I'm sure this firm is professional and communicative, but it leaves a bit to be desired on mobile performance. They charge a lot of money to not care about mobile loading speed.read more

Nikki Barber
21:06 22 May 19
Rich has assisted the Barber Center for Plastic Surgery with our website development and management needs for more than... 10 years now. He's quick to respond when we have questions or needs and is very easy to work with. His newsletters are informative and he keeps us abreast of the ever changing cyber world and the things we need to do to stay current. I would highly recommend Rich's Web Design.read more

Leo Daniel Corder Jr
20:46 03 Dec 18
This firm designed the municipal web site for the Village of Tobaccoville professionally and timely. The business... offers hosting services as well as ongoing updates and technical assistance. Rich was very adept at creating a customized site to meet our needs and those of our citizens.read more

Paul Manz
14:42 25 Jul 18
Rich's Web Design did a fabulous job creating the website for the NC Chamber Orchestra. He made sure the site was user... friendly, yet comprehensive. He is extremely responsive to updates and corrections (usually caused by me). I would highly recommend Rich for any services they offer.read more

Ray Eller
14:49 17 Jul 18
Rich is an excellent partner for our Web Site maintenance. Not only did he do an outstanding job with our page design... but his company is great about monitoring and recommending updates. He is also always available for changes and timely answers to our questions. I would highly recommend him for any web based project.read more

Bruce Boyer
00:06 13 Jul 18
I have worked with Rich Blakemore for about 10 years, both in a business and personal setting. He is the quickest to... respond to my needs of any website administrator. He always goes above and beyond to provide assistance. When he did our website for a community organization he would come and take pictures of an event and post them within the hour. That's service!read more

Canyon Clifton
18:15 02 Jul 18
We have been working with Rich for over 10 years! Best web services and speedy timing on all updates! We appreciate his... services and attention to detail. He always keeps us ranked #1!read more
Next Reviews
Resources